Join us for a relaxed evening of jazz and mob tales! Music by Denis DiBlasio & Brian Betz, featuring Philly Mob stories as told by author George Anastasia. These talented artists will ensure a very special event you don’t want to miss! 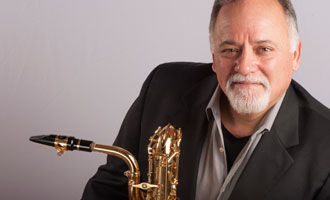 Baritone saxophonist, flautist, educator, composer, arranger, Executive Director of The Maynard Ferguson Institute of Jazz and head of Jazz and Composition programs at Rowan University, DiBlasio is an international clinician/performer. Keeping things simple, honest, and positive keeps his schedule extremely busy booking dates sometimes three years in advance. Relevance, attainability and fun make up the foundation of his friendly approach. Recordings, compositions and texts published by Kendor, Northeastern Music, Belwin, Hal Leonard, Doug Beach, Kjos, Houston, RonCorp, RAD Records, Dreambox Media are just a few of his associations. “His inspirational connection with young musicians is what makes a DiBlasio clinic so special. It's what some people have termed 'Edutainment'. Why not?” 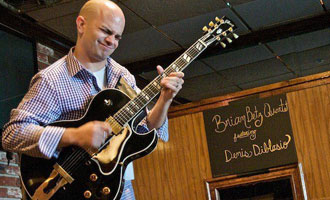 Brian Betz is a guitarist, composer, and educator that resides in the Philadelphia Metro Area performing throughout the United States with a vast array of musical artists. Brian currently has 6 CD releases available on the Dreambox Media Label: Up and Running(2001), Without A Doubt(2003), Dichotomy (2005), Muted Bebop(2006), The Denis DiBlasio/Brian Betz Project(2007), The Denis DiBlasio/Brian Betz Project-Flute Guitar(2010).

Brian holds two degrees from Rowan University(BM, MM) and is endorsed by GHS guitar strings. He is a two time winner of the Betty Carter International Jazz Competition (2004, 2007) and a runner up for the 2006 Henry Mancini Jazz Competition. Brian is currently on the facutly at Rowan University where he teaches jazz guitar and improvistion. 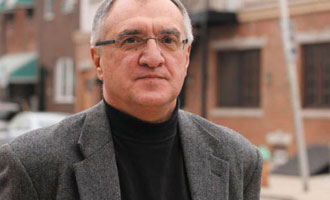 George Anastasia, who spent more than thirty years reporting on crime for the Philadelphia Inquirer, is the grandson of Sicilian immigrants who settled in South Philadelphia. He is the author of six books of nonfiction, including Blood and Honor: Inside the Scarfo Mob—the Mafia’s Most Violent Family (which Jimmy Breslin called the “best gangster book ever written”); The Last Gangster; and The Summer Wind: Thomas Capano and the Murder of Anne Marie Fahey. He lives in southern New Jersey.

*Tickets will not be issued, we will take your name at the door.